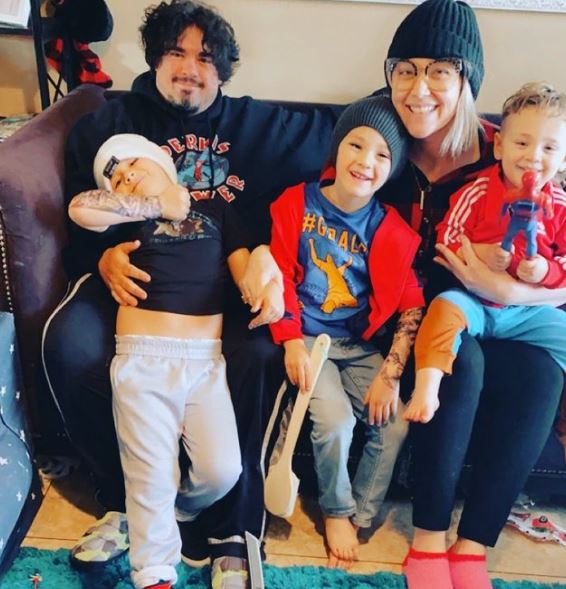 As stated earlier, Dashiell Cooper a.k.a Dash Cooper is an American rockstar and leader of a rock band called CO-OP. His father is an American singer, songwriter, and actor named Alice Cooper, while his mother is a choreographer and ballerina instructor named Sheryl Goddard.

He was born on 3rd June 1985 in Phoenix, Arizona. As of the year of writing this article, Dashiell Cooper is 37 years old of age. He will celebrate his 38th birthday on the 3rd day of June 2023. 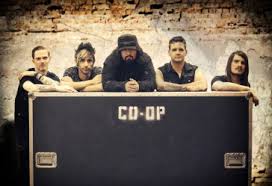 Dashiell Cooper is the founder and frontman of a rock band called CO-OP. According to their website, the band was formed sometime in 2014 and has collaborated with several musicians and groups such as Alice Cooper, The Hollywood Vampires, and Motley Crue.

CO-OP had its first tour with Dollskin and One-Eyed Doll in 2017. On June 15, 2018, Dash Cooper’s band released its debut album titled CO-OP, which contains singles such as N.O.W, and Howl. 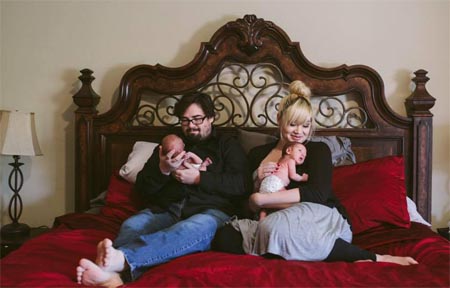 Dashiell Cooper is happily married to his wife Morgan Cooper, they had a lovely wedding sometime in 2011. In November 2014, Dash and his wife welcomed their twin boys, whose names are Falcon Cooper and Riot Cooper.

Unfortunately, information regarding the net worth of Dashiell Cooper is not available at the moment. However, his father, Alice Cooper, is said to have an estimated net worth of around $40 million. 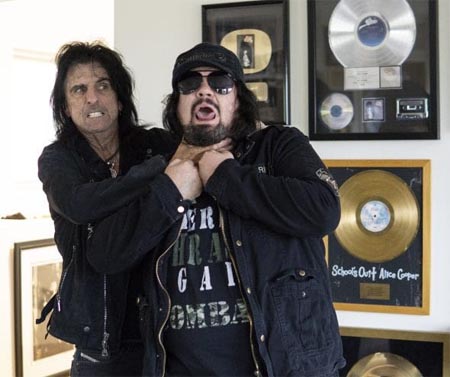 After a quick search on the photo-sharing platform, it is confirmed that Dashiell Cooper a.k.a Dash Cooper is present and active on Instagram. Unlike other celebrities, he doesn’t have a lot of followers, and hardly posts pictures that much.

Dashiell Cooper can be found on Instagram under the username dash_co_op.

He is an American singer, songwriter, and actor who is renowned for being the godfather of a subgenre he invented called Shock Rock. Alice Cooper is happily married to his wife Sheryl Goddard, with whom he has three children named Dashiell Cooper, Sonora Cooper, and Calico Cooper.

He was born Vincent Damon Furnier on February 4, 1948, in Detroit, Michigan. His father was a pastor named Ether Moroni Furnier, while his mother was Ella Mae.

As of the year of writing this article, Alice Cooper is 74 years old of age. He will celebrate his 75th birthday on the 4th day of February 2023.

When he was between the ages of 11 and 12, his family turned active in terms of religion. He even followed his father to the church daily.

He went to Nankin Mills Jr. High and Washington Elementary School in Detroit. Following the family’s relocation to relocated to Phoenix, Arizona, he then had to attend Cortez High School.

He set up his first band at the age of 16 and named it the Earwigs. His fellow band members were Dennis Dunaway, Glen Buxton, John Speer, and John Tatum.

The purpose of forming the band was for them to participate in the 1964 local annual Letterman’s talent show. They did remarkably well, impressed the audience, and even won the show title.

The band changed its name several times before finally settling for the stage name Alice Cooper. It also changed and replaced a couple of its members along the way.

The Alice Cooper band has released several albums such as Pretties for You in 1969, Easy Action, Love It to Death, Killer in 1971, School’s Out, and some others.

In 1973, their most successful album was released with the title Billion Dollar Babies. The album went ahead to top both the UK and US charts. After they released their final album, Muscle of Love, the band fell apart internally due to increasing political pressures.

As a solo artist, the father of Dashiell Cooper has released several albums so far. Some of them are Welcome to My Nightmare, Alice Cooper Goes to Hell, Lace, and Whiskey, From the Inside.

Other albums include Flush the Fashion, Special Forces, Zipper Catches Skin, DaDa, Constrictor, Raise Your Fist and Yell, Trash, The Last Temptation, The Eyes of Alice Cooper, Dirty Diamonds, Along Came a Spider, Paranormal, and some more.

The Personal Life of Alice Cooper

He was once in a relationship with a member of The GTOs named Miss Christine. She, however, passed away on November 5, 1972, due to an overdose.

Alice Cooper then dated and lived with Cindy Lang for a while before finally parting ways in 1975. After a quick fling with actress Raquel Welch in 1976, he soon tied the knot with choreographer and ballerina instructor, Sheryl Goddard.

When he became increasingly addicted to alcohol, Sheryl Goddard filed for divorce in 1983. However, Alice Cooper and his wife got back together and they have three kids named Dashiell Cooper, Sonora Cooper, and Calico Cooper.

Drick Parrish: Everything You Should Know About Frank Gore’s Girlfriend

So far, there are no reports of Alice Cooper’s wife, Sheryl Goddard, having any illness. However, in an interview back in 2019, Alice revealed that he and his wife entered into a death pact.

“We’ve made a pact — there is no way of surviving without each other,” he said. “I couldn’t live without her. We always said there will never be a time when one of us will be mourning the other. Whenever it does happen, we are going to go together.” 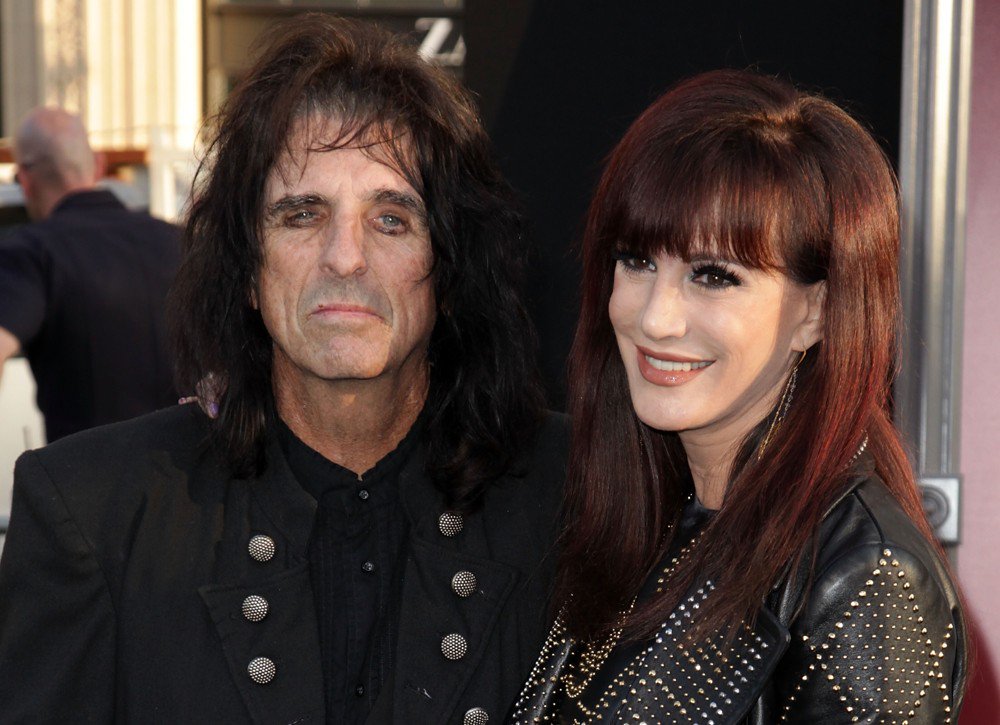 Sheryl Goddard is a ballerina instructor and a professional choreographer who is better known as the wife of American singer, songwriter, and actor Alice Cooper. Sheryl Goddard also happens to be the mother of Dashiell Cooper a.k.a Dash Cooper and his sisters, Sonora Cooper, and Calico Cooper.

She and her husband dated for a year before getting married in 1976 in Acapulco, Mexico. They lived in a 2,000-square-foot bachelor pad located in Paradise Valley.

After a while, she and Alice Cooper welcomed their kids Sonora Cooper, Calico Cooper, and Dash Cooper.

Does Alice Cooper have children?

Sonora Cooper, Who is Dash’s sister? 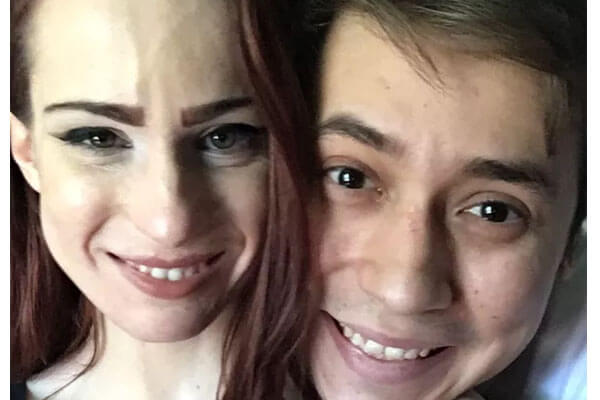 She is the daughter of American singer, songwriter, and actor Alice Cooper with his wife Sheryl Goddard. Sonora Cooper is also the sister of Dashiell Cooper and Calico Cooper. She recently got married to her husband, Diego Diaz, in November 2018, in Phoenix, Arizona.

She was born ‘Sonora Rose Cooper’ sometime in 1992. As of the year of writing this article, Sonora Cooper is 30 years old of age.

Calico Cooper is the firstborn child and daughter of American singer, songwriter, and actor Alice Cooper with his wife Sheryl Goddard. She also happens to be the sister of Dashiell Cooper and Sonora Cooper.

Calico is an actress, singer, and director who was born on 19 May 1981, in Beverly Hills, California, United States. She is 41 years old, as of the date of writing the article.